Annoyed By Unknown Numbers? Here’s How to Protect Yourself From Scam Callers

Annoyed By Unknown Numbers? Here’s How to Protect Yourself From Scam Callers 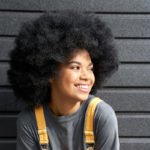 Are you annoyed by scam phone calls? If so, you’re not alone. Recent studies have shown that the number of spam and scam calls have only increased in the last few years.

Also known as robocalls, these automated messages spam hundreds — if not thousands — of unsuspecting phone owners each day. Many are scammers trying to encourage victims to send money. In fact, more than 48 billion robocalls were made in the United States in 2018, an increase by almost 50 percent from the previous year. Worse yet, the Federal Communications Commission (FCC) estimates that about half of all phone calls placed are the result of scammers and robocallers.

Here are some of the best ways to protect yourself from scam callers and robocalls this year.

Look up the number

It’s not uncommon for a customer to give out their phone number while at their favorite store or restaurant. Sometimes, an unknown number is actually a business trying to get in touch with you after a recent purchase. For example, many sites will request a phone number when you’re looking up a good swimming pool contractor. Luckily, these callers will often provide a voicemail to prove their validity. While these calls can be annoying, they’re not the scam calls that we’re talking about.

Scam callers often pose as other businesses who are trying to get your money through shady tactics. They might say that your internet bill is past due or claim that you have to make an urgent credit card payment to avoid debt. Regardless of the strategy, these callers will add a sense of urgency to spur a victim into action. If you’re genuinely concerned this issue might be valid, don’t hesitate to look up the phone number.

Phone number lookup sites typically keep a detailed record of suspicious callers. Some even crowdsource information from locals to help verify that a caller is bad news. Before you make any payment online or over the phone, be sure to invest in a phone number lookup site to determine if the call is legitimate.

Watch the time of year

Phone scammers are incessantly trying to con you, but they’re more successful at certain times of the year. The upcoming holiday season, for example, will typically see a rise in the number of scam calls made. The Federal tax season is another dangerous time of year for unsuspecting phone users.

In fact, April 17 of last year became one of the busiest days for scam callers ever witnessed. Tax Day 2018 counted up to 143 million calls made on that day alone. By knowing that certain times of the year are more profitable for scam callers, you can better refrain from answering the phone.

Tax Day 2018 was a huge pull for phone scammers and robocallers because of its importance. After all, no one wants to be in debt to the IRS. When someone calls under the pretense that they’re a government agency, it makes sense that we would want to respond in kind.

That’s why it’s important to remember that the IRS will never call you, especially for private information. The IRS will only do business with you through traditional mail. So, if you get a call from the “IRS” and the person requests you make a payment, hang up and report the number to a phone number lookup site.

There are a few common signs to watch out for that indicate that the phone call is a scam. The call might be a scam if they request a payment over the phone, especially if they want it in gift cards, they threaten you with a lawsuit or another form of legal action, or they ask for other forms of personal information.

Protecting yourself from robocallers takes more than simply identifying a scam. Many cell phone providers offer anti-spam software for a small fee. Along with that, you should also report scam numbers that have called you and alert your family if a local scam begins to occur. These are just some of the best ways to protect yourself from a spam robocall. What Can You Learn From a Cyber Background Check? Welcome to the Age of Wireless Electricity The Best Security Measures for Banks and Financial Institutions

Sustainable Practices for Your Art Supply Business
Leah
Different Outfits for Different Sports
Neda Moreau
How To Get Closer to Your Ancestors
Leah
What Can You Learn From a Cyber Background Check?
Toby Holloway
How To Choose the Right Shoes for Your Child
Maddie Acevedo
Welcome to the Age of Wireless Electricity
Maddie Acevedo How To Get Closer to Your Ancestors